The Palace of Porphyrogenitus has undergone restoration many times throughout its close to one-thousand-year history and was opened up to visitors as a museum after the final restoration works which were begun by Istanbul Municipality in 2006 and which were meticulously completed. The palace was also used as a glass and ceramics workshop in the Ottoman period and gained its deserved reputation for the high-quality products produced in it. The examples of ceramics, glass and crockery that have since been produced in the museum’s workshops after the restoration in a manner which competes with the original workshop’s reputation after the restoration are displayed in a separate museum.

Constructed adjacent to the walls of Istanbul between Edirnekapı and Eğrikapı, Palace of Porphyrogenitus is also known in Turkish history as the “Empire’s Home” in addition to having a deep-seated history.  Although the palace is named after the 10th century emperor Constantine VII Porphyrogenitus, no one has been able to identify exactly when and by whom the palace was built. The palace served as part of the Blachernae palace complex which was often used by Byzantine emperors starting from the 12th century. As of the 16th century, the building was later named by Europeans as the Great Palace of Constantinople (Palatium Constantini), and later on as the Palace of the Porphyrogenitus. Built on a location dominating the surrounding area and protected by the city’s towers, the historical building is described as a “high palace” in old sources.

The palace and the buildings surrounded it were burnt down and destroyed during the Latin Conquest and only to be rebuilt and used for several purposes following the conquest of Istanbul by Ottoman emperor Mehmet II, the Conqueror. The palace once again fell into ruin in the 17th century though, thankfully, the palace of the time was depicted with its roof by Piri Reis in his drawing. It was after this that the palace became a glass and ceramics workshop while other parts of it were used as elephant stables and as a zoo. The ceramics made in the palace were named as ‘ceramics of the Porphyrogenitus palace’ and used in many historical works.

The palace became a ruin made up of four walls at the beginning of the 20th century but succeeded in remaining standing thanks to repairs it underwent from 1955 to 1970. The palace has an interesting place in the history of Turkish culture; it is rumoured that the Spoonmaker’s Diamond (Turkish: Kaşıkçı Elması) was found among the remains of the palace. The 86 carat (12.2g) pear-shaped Spoonmaker’s Diamond is today displayed at Topkapı Palace, gaining the attention of many visitors.

The palace is just as important as a reflection of Byzantine civil architecture as it is for its long history. The most impressive part of the palace from an architectural perspective is its north face which overlooks a courtyard located between the lines of the wall. The ground floor is connected to the courtyard by openings supported by double grey columns between the buttresses. A piece of the impost capitals of the columns, decorated with geometric patterns, has survived to this day. On the middle floor, the triangular areas between the arches, rich ornamentation of limestone and brick pieces draw attention. The two arrayed green glazed decorative ceramics on the two stepped arches on the top floor are eye-striking.

On the northern wall, casemates look inwards while in the middle of the external front of the said wall a small chapel is located within an accession on marble brackets. Large enough for a single person to worship, this part of the palace is believed to have belonged to the ruler or his family using it. A large and long balcony supported by brackets with stone heads and located on the short front of the palace looks on to the city. The final front of the building is connected to a tower of the wall.

The roof which was rebuilt during the restoration is covered with Turkish ceramics. The arched vault lower floor and the wooden floors above it have been completed while the staircase has been replaced with one of a modern design. 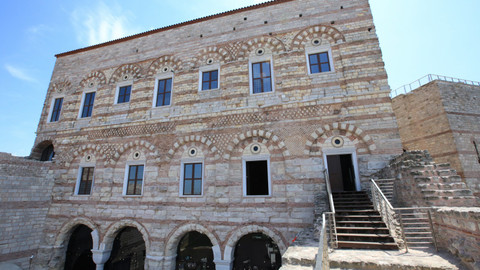 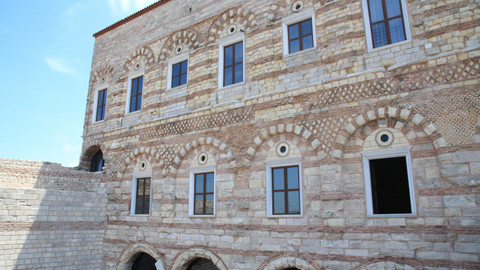 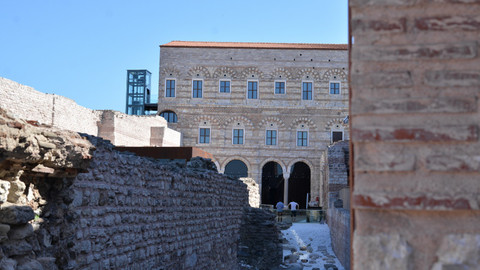 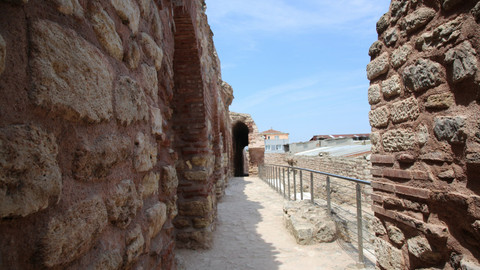 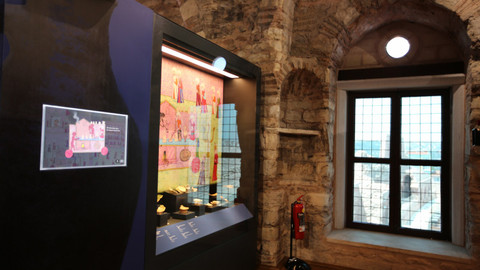 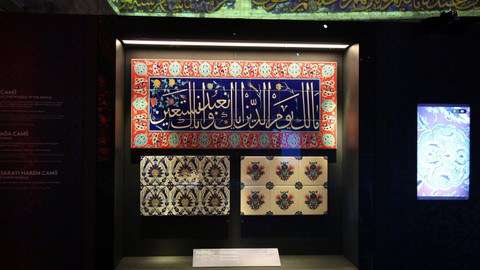 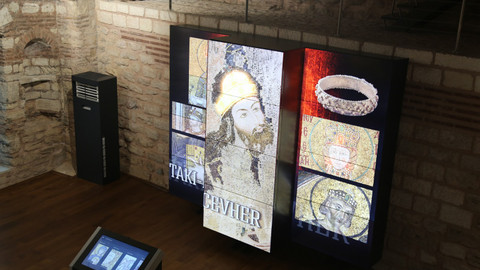 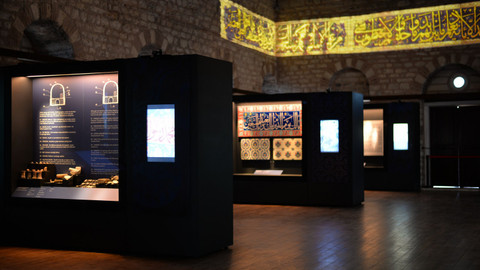 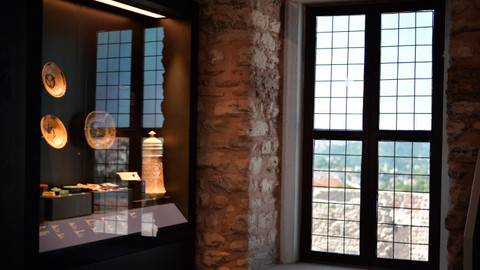 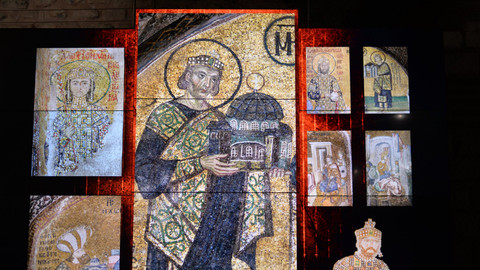 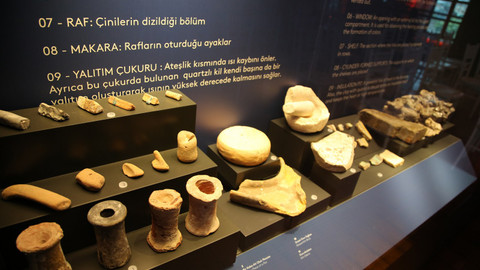 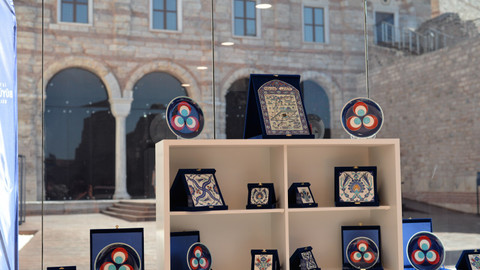